For those who enjoy the experience of Jubilee!’s celebrations — complete with poets, singers, dancers, stories, insights, tears and laughter, playfulness and silent introspection — how it all began will be no surprise.

One Sunday night in May 1984, Rev. Howard Hanger (then on the staff of Central United Methodist Church in Asheville) gathered together a small group of people in the church’s basement. Among them were a dancer, a storyteller, a couple of theatre people, a poet, several musicians, two graphic artists, and a few “normal” folks to balance things out.

Howard had written what he titled “Seeds of Celebration,” eight different themes with accompanying quotes from the Scriptures. He presented these to the group and they spent the next several hours brainstorming how these Seeds could be presented in dance, song, poetry, and other expressive ways. They knew from the outset that they wanted the whole process to be as participatory as possible. Before the night was over, they had outlined plans for celebrating each of the Seeds.

Just two weeks later, Central United Methodist Church opened its basement doors for the first of the series of creative ventures dubbed “Jubilee! Celebrations” (from the ancient Hebrew celebration of Jubilee, a time of restoration, balance, and freedom — a time in which everyone can find their home).

Throughout that first summer, about 75 people attended each of the eight Jubilee! Celebrations. The Celebrations were so popular that they were repeated each summer for the next five years. Each year, the number of people attending continued to grow. The impetus and interest were soon there for the Celebrations to continue year-round.

Starting Out on Our Own

In 1989 the Jubilee! Community was incorporated. We found and rented an old nightclub (on reflection, that somehow seems quite appropriate) in downtown Asheville.  After some renovation of the location, Jubilee! Community held its first celebration in August.

We purchased the building in 2000, fully aware by then of the structure’s faults and limitations. We knew from experience and observation that it was desperately in need not just of repair, but of a complete renovation to make it safe for everyone and for our planet. All the work on our now Earth-friendly building was completed in March 2006.

On Aug. 19, 2012, Jubilee! ordained two new Jubilee ministers in a ceremony that included leaders from a number of Asheville-area faiths, including Episcopal, Baptist, Buddhist, Presbyterian, Jewish, United Church of Christ and Unitarian-Universalist representatives.

Rev. Candace Chellew-Hodge, associate pastor at Garden of Grace UCC in Columbia, SC, is now leading Jubilee! Circle in Columbia. Her first book, Bulletproof Faith: A Spiritual Survival Guide for Gay and Lesbian Christians, was published by Jossey-Bass in 2008. She is also founder/editor of Whosoever: An Online Magazine for GLBT Christians, and blogs at Religion Dispatches.

Since then, we have ordained several more Jubilee! ministers:

Click here to see the vows that these individuals took to become Jubilee! ministers.

Meanwhile, Jubilee! gets regular queries from folks across the country (and has been visited by myriad church leaders), so more Jubilee!s may be in the offing. But don’t try to give this growth a label. As Asheville Citizen-Times reporter Barbara Blake wrote in a piece about the 2012 ordinations, “if an independent church could become a chain, Jubilee would surely be the last to sign up.”

In August 2019, our founder, spiritual leader and chief goofball Howard Hanger retired. Some people are hard to replace, some acts are hard to follow, and Howard is truly a one-of-a-kind, amazing human being.  An Asheville Citizen Times article and an op-ed piece even covered Howard's retirement.  But Jubilee! is still Jubilee!, and as we are evolving, we are keeping the Main Thing the Main Thing...just as Howard has always intended us to do. 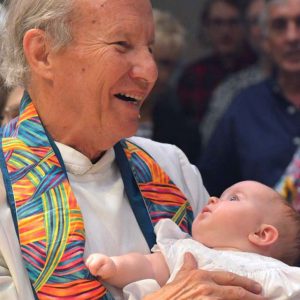 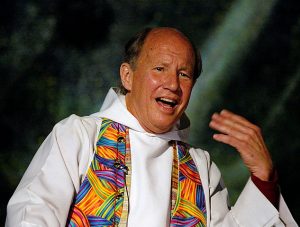 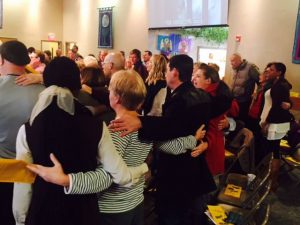