Click here for board meeting minutes (beginning in February 2021)

You can email the board at board@jubileecommunity.org 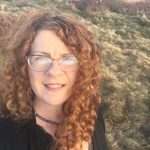 Michelle Smith, acting board chair, has attended Jubilee! Community off and on for over 10 years. She was a member of the Earth Team and participated in the visioning of the World Cafe. More recently, you may have heard her "gifts" during Sunday services, where she has shared the eight holy days on the indigenous European Wheel of the Year. She calls herself a Societal Transformationist working to create a world that works for all in the tradition of Dr. Shariff Abdullah. She is a consultant, coach and facilitator in consent-based collaborative governance, as well as a minister and celebrant. 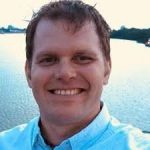 Tim Moran, board treasurer, has been a Jubilant for about 15 years.  He is a Certified Public Account who owns his own business in Mars Hills helping clients manage cash flows, minimize taxes, and achieve their financial goals.  Tim grew up in Maryland and lived in California before settling down in western North Carolina.  He received his BA in Marketing and Logistics at the University of Maryland, then studied accounting at the University of North Carolina Asheville.  He is an avid hiker, mountain biker and surfer. Tim was attracted to Jubilee! because it is a loving and friendly community that encompasses many different religious and spiritual practices. Jubilee! founder Howard Hanger married Tim and his wife, and baptized their children.  Tim hopes to use his knowledge of accounting and operational systems to help Jubilee! succeed in keeping the main thing the main thing. Jenny Farthing has a career background in outdoor education and psychology, is a certified health coach, and owns a business cleaning Airbnbs.  She is a busy mother of “two awesome girls and wife of a wonderful husband,” who loves nature, bikes, hikes, trail runs, swimming and meditation.  Jenny first attended Jubilee! about 10 years ago, found it a bit “strange,” and church-shopped’ for another year.  She ultimately returned to Jubilee! nine years ago because she realized that it was the spiritual place where she found true community.  She says that when she returned, she jumped in and joined the Care & Compassion team, then did Pathways with Howard Hanger.  She says “Jubilee! has just become a huge part of my life. There really isn’t anything that compares. What changed for me is when I started joining Jubilee!’s social groups and realized that helping others is the way to be.”  This is Jenny’s first year on the Jubilee! board, and she brings an open heart and listening ears to help make decisions based on what is best for what she call “this big wonderful, loving community”. 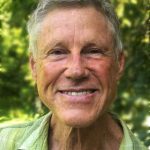 Vinit Allen is leader of Jubilee!'s Social Justice Team and a member of the Jubilee! Earth Team. He is co-leader of the Pachamama Alliance in Asheville, a non-profit that produces public educational programs and focuses on how we can help create a thriving human society and a flourishing planet. Vinit is also co-founder of Planet Earth Arts, supporting the arts in transforming the human planetary impact from one of destruction to one benefiting the entire community of life. Vinit is a musician, spiritual practitioner, co-leads a men’s group here in Asheville, and loves to commune with nature. He and his partner Rajyo moved here from California, and are forever grateful to have discovered this special part of the world. Together they run Samasati Sanctuary, a retreat and event center where they live in Weaverville. 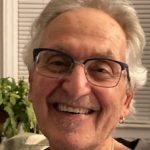 Phil Guida and his wife Sidney have been active Jubilants for eleven years. Phil is a past member of the Social Justice team, and was a volunteer at several Hanger Hall events.  He serves as a greeter at Sunday Celebrations once a month. Phil brings 28 years of retail cooperative management and national board planning experience to the Jubilee! board. He says Jubilee!’s future is important to him mainly because Jubes have become his extended family each Sunday. He feels that Howard’s stewardship for 30 years set a standard for Jubilants who reside worldwide.  “Once a Jubilant always a Jubilant.”  He believes that Jubilants carry on in a different light the best we can and build up our community, which is why he volunteered for the Jubilee! board.  He looks forward to contributing along side the knowledgeable and dedicated folks on the board and staff in helping guide Jubilee! into its future. Elizabeth Likis first attended Jubilee! in 1997, but says she was so freaked out by the dancing and touching, that she didn’t go back for three years.  When she returned in 2000, she never stopped attending. She and her then-partner adopted two daughters who were raised and baptized at Jubilee! She has served on the Nurture Program Parent team, the Service team, was co-leader of the Social Justice team for three years, and has sung with Jubilee! Singers for eight years before joining the board in 2019. Born and raised in Birmingham, AL as the middle sibling in a progressive social activist family, Elizabeth attended Wofford College in SC, earned her Master’s in Counseling from Western Carolina University, and practiced as a licensed counselor for a dozen years. She then completed her PhD at UNC Greensboro and currently teaches at WCU in Asheville. She loves live music, dancing, playing trivia, gathering with friends and family, walking her dog, swimming, kayaking, and playing tennis. As a long-time Jubilee! member who has raised children here who are now “launched” and out of the home, she offers a unique perspective on the middle ground between the older retired crowd and the younger families with kids. John David Short is one of those rare folks who grew up in Asheville.  He was born and raised in Montford, and has made western North Carolina his home for most of his life. David’s work is multi-faceted, ranging from serving food and drink and hosting special events and celebrations to writing copy for various clients in finance, customer services and non-profit development.  He says when it all get too much, he can be found in the woods near water, usually in the Big Ivy or Shining Rock Wilderness, or by a fire with a volume of Hafiz, Tolkien or Leonard Cohen, and a notebook close at hand.  With an eclectic spiritual upbringing ranging from Sufism to the new age cult of personality rooted in the work of the Master DK, he discovered and was baptized in the United Church of Christ and studied traditional canon bible while a student at Appalachian State. He said that discovering Jubilee! was like discovering the middle ground that allows full expression of both his soul’s personhood and desire to serve the authentic love that he has always felt for all creation. He has been a Jubilant for seven years, and has served on the Social Justice team, Service team, and regularly works with Homeward Bound and Room in the Inn, both within Jubilee! and without.  Of his contribution to the board he says ”As a dad, I look forward to encouraging Jubilee! to use our space, talents and position in the community to offer more opportunities to connect, learn and serve as a congregation, especially during the week as many us must consider Sunday a workday.” Michael Smith was born in Alabama and grew up in the Atlanta area.  He and his wife, Anne Marie have lived in Asheville since 2011.  He discovered Jubilee! when Matthew Fox spoke here in 2016, and was excited to learn that Jubilee!’s theological foundation is linked closely to Fox’s Creation Spirituality.  He has been part of our Social Justice team, led the “fair wages” focus group, and represents Jubilee in the Raising Wages NC’s WNC Coalition. After seminary, Michael was ordained in the Christian Church Disciples of Christ tradition, and has spent most of his career in faith-based, international service.  This has included living more than a decade in Ethiopia & Indonesia, and serving international agencies in support and administrative roles such as major gifts officer, chief operations officer and chief executive officer for 20 years.  In retirement, Michael served a term on the board of local nonprofit, Just Economics. He enjoys hiking, biking, photography and riding his motorcycle. He has cultivated a mindfulness practice over the past ten years that he says enriches his life in big ways.  Michael says he is a “process visionary” who brings to the board his commitment to the community, and a passion for justice.